The God Particle (Higgs Boson) and the Cause Of All Problems

The god particle, or technically called the Higgs Boson, is an elementary particle whose existence was suspected in the year 1960. Physicists believe they have finally discovered it, after 40 years of hard work as a result of the recent Large Hadron Collider experiment in CERN, Geneva.

When physicists are unable to explain certain phenomena, they do what they do best: spin a story to explain the unknown. I am largely discrediting their intelligence by saying they spin stories, what they actually do is postulate coherent theories based on concrete mathematics. They then proceed to prove the theory. The Higgs Boson was also a result of a theory that was hypothesized to explain a strange phenomenon. This time to do with the 'mass' of quantum particles, particularly the Gauge Bosons.

Physicists explain fields and forces between particles as a result of the exchange of gauge bosons, we learnt that in The Theory of Everything (String Theory) and Collective Consciousness. Now all quantum particles belong and behave as per the Standard Model, which is a framework based on gauge invariance and symmetries(Not part of the scope for this article). All you need to know about the gauge invariance and symmetry is that it is a framework that is believed to explain almost everything in the known universe(except gravity). Now for every known field and force, there must exist a Gauge Invariant Theory, in order to fit within the standard model framework. By around 1960, even after constant attempts, physicists were unable to create a gauge invariant theory for two of the four fundamental forces, which consistently failed at one crucial point: although gauge invariance seemed extremely important, it seemed to make any theory of electromagnetism and the weak force go haywire, by demanding that either many particles with mass were massless or that non-existent forces and massless particles had to exist.

In simple words, for the electromagnetic and the weak force to fit within the equations of the standard model, there had to exist massless particles.

Scientists had no idea how to get past this point. The idea of massless particles seemed absurd, yet it was turning out to be more of a necessity than a random occurrence.

After a few years of scratching their heads, physicists came up with a theory. They hypothesized the existence of a field that permeated throughout the universe. They said that in essence, gauge bosons are massless, but as they travel through this mysterious field, they interact with it and this interaction causes it to assume mass. This was perfect. The massless particles satisfied the gauge invariance theory and the field interaction answered why particles had mass when measured, even though they should be massless. This field is what we now call the Higgs Field. 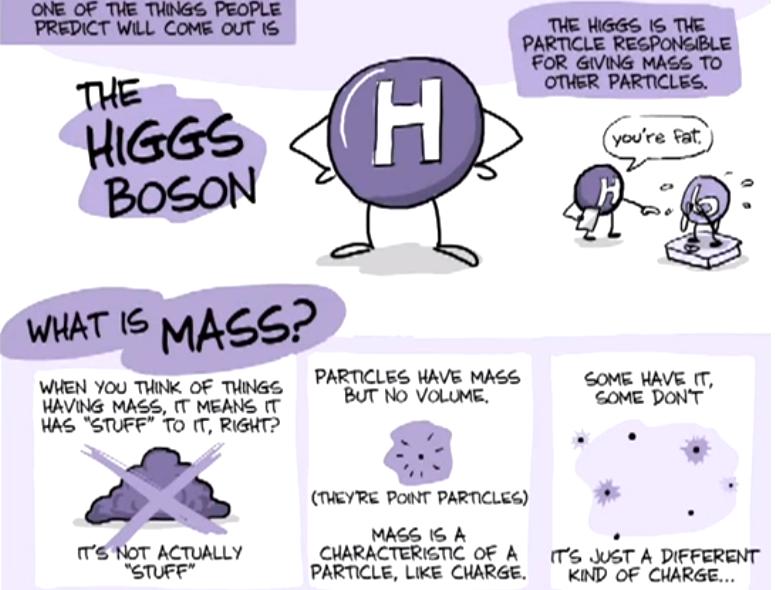 The theory was written, the mathematics was scribbled, Nobel Prizes for physics were handed out. The next job physicists had was to prove the existence of this field. In my previous article I explained how fields exist, as a result of corresponding gauge bosons. In reality the field itself cannot be measured, experimented on or created. Physicists understand the properties of fields by understanding the properties of their corresponding gauge bosons.

The answer was simple: To prove the existence of the Higgs Field they only had to find the corresponding particle: the Higgs Boson.

In July 2012, two protons running near the speed of light, within the large hadron collider crashed head on to give a shower of new particles. Almost all of them disintegrated immediately, but physicists were able to capture data and they seemed to have caught one particle that closely satisfied all properties of the theoretical Higgs Boson. Over time they confirmed that particle was in fact, the Higgs Boson. 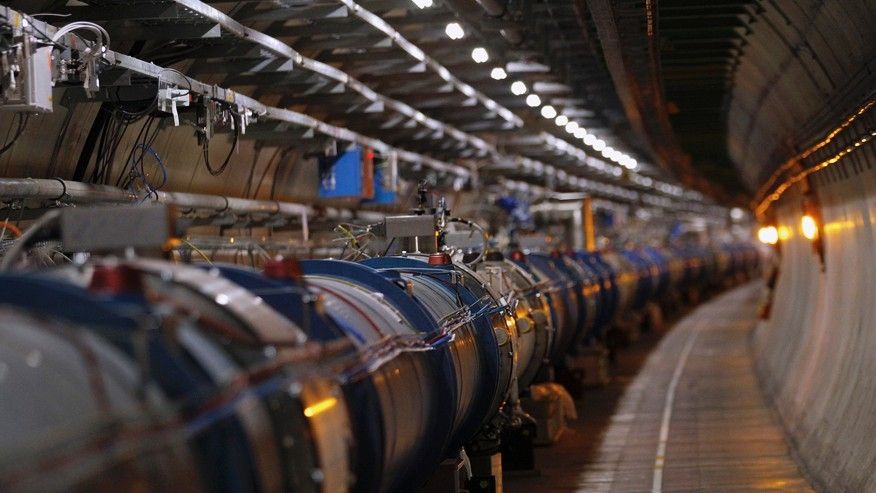 Why is this discovery important? Because it explains why particles have mass, it allows all the forces to fit within the standard model(except gravity), thus unifying them and gives credibility to the standard model. These are huge implications in the physics community.

I have been following the 'God Particle' discovery and the physics behind it for a long time now, but its philosophical implications came to me only recently. Unlike previous articles, I have no spiritual explanation, but more of a personal one.

I believe the particles symbolize all the problems you have in your life right now. Just like our gauge bosons, they are massless. Your mind and your thoughts are the higgs field. Just as how the bosons acquire mass on interacting with the higgs field, your worries gain weight and prominence in your life as they interact with your mind.

In essence, you decide how deep of a hole you dig yourself into. You can, very easily, just climb out of it and live a happy life, but if you do or no is up to you. You can allow your boring job to frustrate you throughout the day, and like it is for most of us, give us a headache once we're back home too. You can allow your break up to give you gloomy days and painful nights. You can allow your lack of a life purpose to depress you.

Or, you can just let it go. It's simple really, just let it slip from your mind. Don't worry if you get fired, don't think about the girl who left you, believe your purpose will come to you. Once you stop thinking about the worry, it loses its mass and before you know it, poof it's gone. 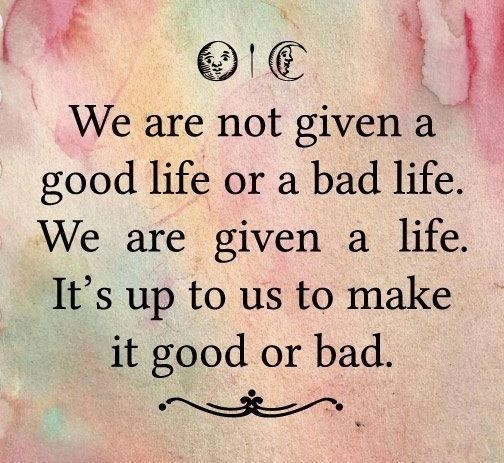 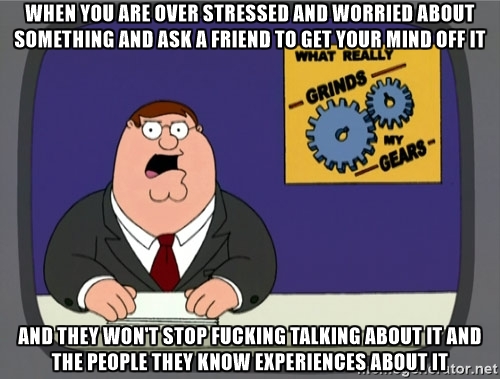