We need a Revolution! Time to usher in the era of Free Love ♥

- January 10, 2016
While the term "Free Love" has been widely associated with promiscuity and used as an excuse for multiple sexual partners, it is in fact the freedom for two consenting individuals to indulge in all forms of love without the nosy involvement of society, the government, the church or their neighbours cat. The emphasis here is on the dismemberment of unwanted regulation that the world imposes on two people in love.

I am at my local bar, perched on the bar stool sipping a beer and having a lively conversation with the bartender. Sometimes you need to disengage from all that is normal, devoid yourself of everyone you consider dear and have a beer by yourself, with interspersed discussions with the bartender of course(trust me they have the most colourful stories to tell). A woman walks up to the bar, a very beautiful creature this lady, luscious black hair that evokes a sense of mischief, piercing hazel eyes that I'm enchanted by, a petite yet full body wrapped in a spectacular black dress, and at this point I'm probably in love. she wears a sash around her proclaiming to the world "Bride to be". I'm slapped back to reality. Oh what the hell, a bride to be is nothing close to actually being the bride I conclude, pacifying myself, and offer to buy her a drink. Just a congratulatory one of course. In the brief conversation that ensues, I learn that she is 26, and like all women who reach the threshold of 26, she is obligated to get married to whoever her pompous aunt deems fit regardless of what direction the girl herself sees promising. "Is it easy? Committing yourself in body and soul to a stranger?" I ask. "It's not like I have experience!" she giggles, nonchalantly. "But you know, everyone grows old and everyone needs a shoulder so what the heck, I might as well." she adds. "Sounds more like your purchasing a crutch than courting a lover!" I respond. Her friends butt in at this point and pull her to the dance floor, an area my two left feet would never dare intrude. She departs leaving behind a comforting scent of strawberries and the horrid image of a woman whose dreams, aspirations and passions have been murdered by a trend the society imposes on us as fitting. I admire her courage and ability to put up a happy demeanour. After all, she has no say in it. The part that really struck me however, was something she said about having a lover she had to end ties with because the moon was 10 degrees to the left of the line that passes through the centres of Jupiter and Saturn the day he was born. This is what got me thinking of the era of "Free Love"

Free Love sprung up after humanity had been through one of its largest acts of self destruction: world war 2, and amidst fights in Vietnam and against racial segregation. It prevailed through the mid 60s and the early 70s, It flourished with the Beatles, Dylan, Hendrix, The Stones(all of whom I consider true musicians, unlike that noise that passes on for music these days, but hey, that's just my opinion). It professed making love instead of war, it protested against mindless violence, it brought people closer and opened minds to a world reigned by love and not a ruler. The era, like every other, had its vices of course, but you can go read about that elsewhere.

It was a time when the governing laws dictated that married woman had but one task: to give birth to and raise children. Premarital sex was a sin, unmarried individuals living together was punishable. Homosexuality was more criminal than murder. Sounds more like I'm describing the present, and yet, this was the 60s. We have not come a long way as a race. And then the counterculture happened. It was a cry against everything that was wrong with the society as a whole. It was a fight against prevailing cultural norms, with love as the weapon of choice. Civil rights movements, Gay liberalisation, Women's rights, Free Speech, De-colourization, and the coup de grace, the sexual revolution. All of a sudden people were out in the fields, on the roads, in their hippie clothes singing the Beatles and embracing the magic that happens when sexual beings collide. No judgement, no repercussions.

"Last call" yells the bartender, bringing me back to the present. I look around, my muse is no where to be seen. I'm looking for a tissue to write down the last few lingering thoughts. 7 pints usually brings about a sense of amnesia in me.

Free Love like the 60s is too much to ask for a society as messed up as ours. How did we get so wrapped up in religious and political propaganda that we forgot to embrace what is nourishment for our souls, Love! When did marriage become a transaction? When did sex become taboo? We need to realise that everything we consider a rule, is in fact conceptual. What the society imposes on us, its rights and wrongs, its 10 step program for a moral life, is just abstract. The moral code is nothing but views a group of supercilious people had a thousand years ago. They are being passed on for generations as the right way to live. If we, as a generation, align our minds and actions, and change course towards a society that lets women go out at night without the fear of being molested, lets gay men hold hands at the mall, lets a man choose a wife without referring the stars, lets children decide whom they want to play with irrespective of colour, I think in a few years we would have changed the social norms for the better. Together, as a collective mind, we have the power to re-calibrate the moral compass and change the beliefs and conventions of the community, the nation and one day the world.

I'm in bed contemplating a possible hang over. The scent of strawberries fills my minds sense of smell. She will most probably be married tomorrow, but she may have started a revolution.

The next time you have an opportunity to give or receive love, in any of it's magnificent forms, embrace it. Always be open to the possibility of abundant love. 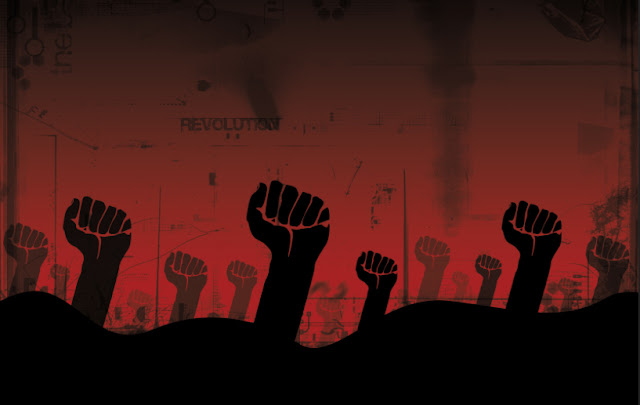